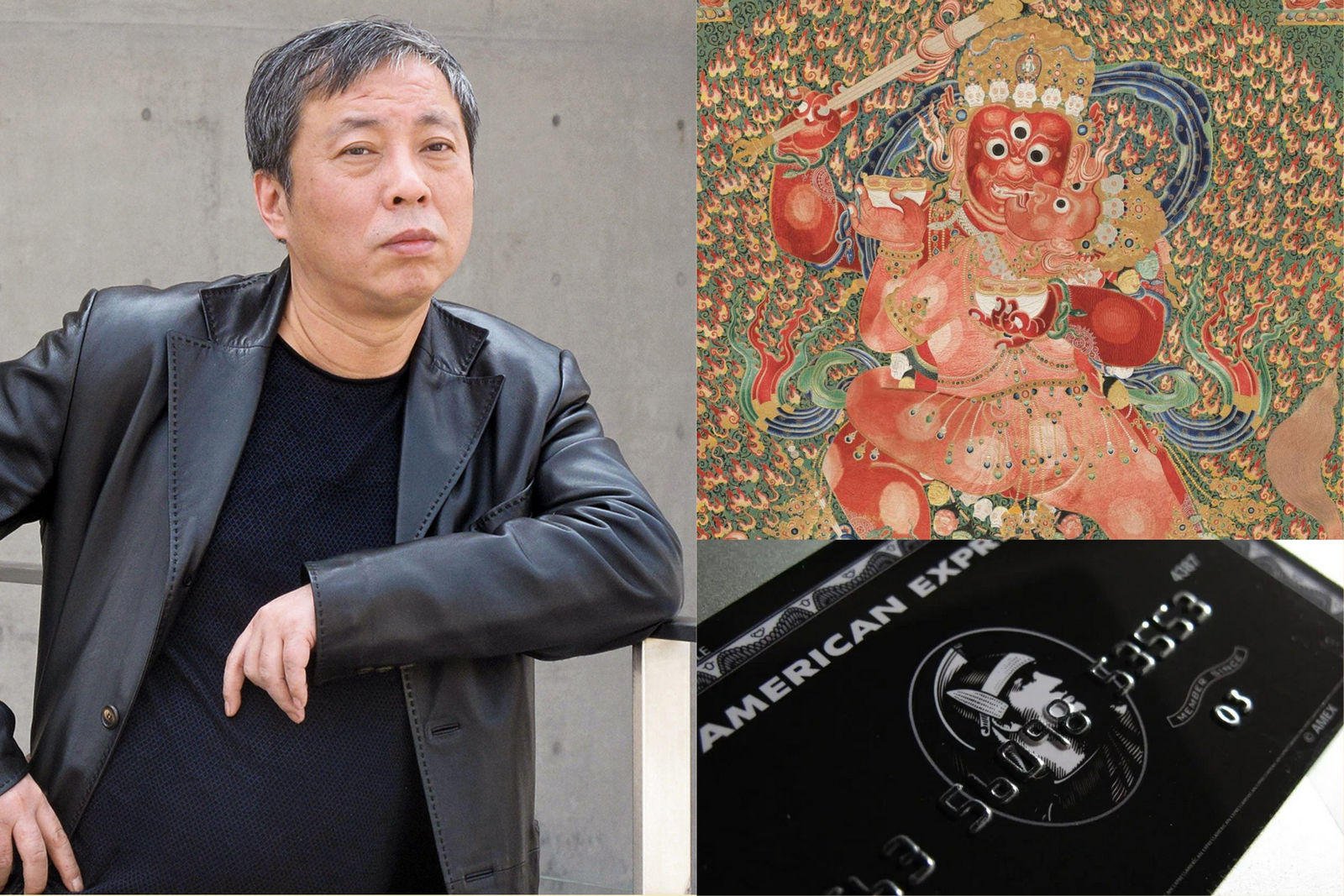 A taxi driver-turned-billionaire cleverly used his American Express credit card to buy a $45 million painting. The transaction earned him 18.5 million travel miles and only closed after swiping his card 31 times.

Here we have a tale of China’s kitschiest billionaire Liu Yiqian, his antiques and his penchant for using his Amex card to buy works of art worth millions. The taxi driver turned tycoon has a strong taste for oriental art, be it archaic scrolls or Tibetan embroidery, or magnificent porcelain. He collected them all by fervently swiping his American Express Centurion card, no matter the cost. And, in the process, he earned reward points that someone like you and me might not even earn in a dozen lifetimes. We’re talking tens of millions of reward points. The best part, Liu wasn’t even aware of the awards he was earning.

It was when he bought a rare Ming dynasty porcelain mug for $36 million and was contacted by a reporter that Liu learned he had earned 422 million American Express reward points. But he watched and learned well enough to know better next time. The art lover used the miles from this purchase to fly his wife, Wang Wei, and their daughter (English name Betty) from Shanghai to a Christie’s auction in Hong Kong.

He got them by fervently swiping his American Express Black card several times, regardless of the cost. Little did he know about the millions of reward points he would earn by buying a $36 million Ming Dynasty porcelain mug. But he watched and learned well enough to know better next time. The art lover bought a 600-year-old embroidered Imperial Tibetan tapestry at a Christie’s auction for 348 million Hong Kong dollars ($45 million).

It was here that in an intense bidding war that lasted 22 minutes, Liu locked in his price with a bid over the phone. A Tibetan tapestry for which he paid 348 million Hong Kong dollars (45 million US dollars). Undoubtedly, the Shanghai billionaire settled the payment with his coveted Centurion card. The payment was even colossal for Christie’s, which had to swipe its card 31 times for the maximum amount. And, yes, Liu also had to sign 31 different receipts. This $45 million transaction earned him 18,750,000 miles.

Using the points, Liu, along with his wife and daughter, flew to New York, where they checked into the lavish St. Regis. His daughter Betty told Bloomberg on a previous trip to New York that her father used the rewards points to stay at the St Regis, but they weren’t entitled to a suite. If a billionaire with the most prestigious credit card in the world doesn’t qualify for a sequel, we just can’t figure out who does.

To get an idea of ​​what 18,750,000 miles gets you, Liu and her family can travel a total of 21 times from Singapore to New York and back in the lavish first-class suites of Singapore Airlines. Along with a gourmet galley and individual cabins designed by a French yacht designer, you get a separate bed with turndown service and sleeping essentials.

Interestingly, Liu Yiqian created something of a routine by using his American Express Centurion card to buy expensive antiques at auction. Then he brings home a large chunk of an almost inexhaustible supply of air miles which he uses to fly to even more auctions. After all, he owns not one but three art museums in China. This 15th century thangka measuring 335.3cm x 213.4cm will be the latest addition to the thousands of artifacts he has carefully preserved over the years.

Fly Free Forever, Chinese Billionaire Liu Yiqian Made It Possible-
A $170 million Amedeo Modigliani painting, a $36 million antique Ming Dynasty teacup and another $45 million for an ancient 15th-century thangka gave this avid art collector a supply lifetime frequent flyer miles for family and more. “In theory, it’s possible to put a[$170 million purchase]on an American Express card,” American Express spokeswoman Elizabeth Crosta said. “It’s based on our relationship with that individual card member, and those decisions are made on a case-by-case basis, based on our knowledge of their spending habits.”

Liu, the avid collector, owns the incredibly rare American Express Centurion Card, also known as Amex’s “black card.” It is by invitation only and offered only to high-spending Amex customers. As Liu Yiqian highlighted, the little piece of plastic has no official credit limit and seemingly endless returns (read: points).

Billionaire Liu Yiqian is China’s most flamboyant art collector with a fascinating history-
Year 58 is a real rag to riches story. There was once a 58-year-old man who drove a taxi in Shanghai, and now he is one of China’s biggest individual art collectors. As humble as he is equally sharp and hardworking. He made a killing in stock trading, real estate and pharmaceuticals. In 2016, he was worth $1.33 billion and was on Forbes China’s rich list.

Trading Strategies for Nvidia Stock Before and After Q3 Earnings – NVIDIA (NASDAQ:NVDA)