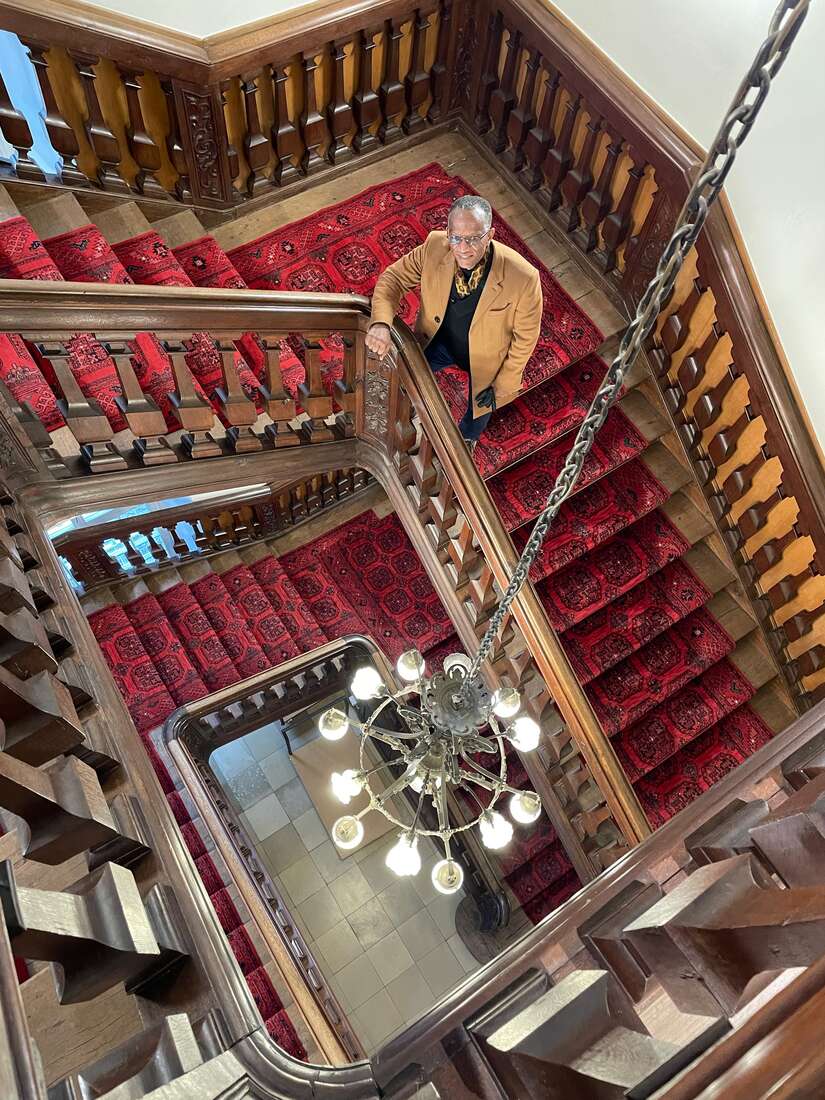 How a former scholar founded a university in Europe

Men like James Mulli possess an almost stubborn sense of patience. When they spot an opportunity, they stand still as if nothing has happened. They are never in a hurry to seize it because, on the one hand, they see where others fail and, on the other hand, they are indifferent to missteps.

Instead, they sit and watch furtively, ready to exploit. When they strike, the blow is precise and fatal.

Founding a European university was such a strike for Dr. Mulli, director, dean of studies and president of the European Business University of Luxembourg (EBU) in Wiltz. It was the crowning achievement of a long academic career.

Dr. Mulli has worked at the State University of New York, taught blockchain technology at the European Business School, and headed the business and economics department at the Shanghai American School.

The choice of Luxembourg as the seat of the university is no accident. First, the country is one of the richest in the world. Second, it is one of the four seats of the European Union.

The 450-year-old Château de Wiltz in Luxembourg City is home to the main campus of this university which has 9,000 students. Four thousand of them are Kenyans.

Dr Mulli admits luck was part of the puzzle of his accomplishments. Her father, Henry Mulli, was Kenya’s first ambassador to China and later served in Germany, Egypt and Somalia.

His uncle Mathew Guy Mulli was Kenya’s attorney general in the 1980s.

He says, “I’m lucky to have traveled the world with them. I went to school with President Uhuru Kenyatta and his cousin Jeff Koinange at St Mary’s Nairobi. They are both good friends.

While he considers himself lucky thanks to family ties, Dr. Mulli is also fiercely willful in his efforts. He studied in the United States where he also landed a job as a portfolio manager with Soros Fund Management in New York. Later, he took a course and a career in economic development.

When he entered academia, he had amassed a wealth of experience, spanning over 20 years, to get off to a good start. “I learned that the best measure of success that can be guaranteed in a country is education. This is where I came to understand the importance of having an impact on people.

The institution has more than 40 professors from different backgrounds and nationalities. “The most important asset for any institution is its human resources. I had worked with most of the professors from other institutions. They joined me when I founded the university,” he says.

So why a university and why in Europe? What was his motivation? “We are oppressed globally, academically,” he says, and explains, “Not everyone can afford to attend top universities that offer quality education abroad. . In this way, we are deprived of our rights.

Dr Mulli adds that he founded the university to achieve “affordability, equity and accessibility” in education. “To be affordable, you cannot charge the same high tuition fees as other European universities. To be accessible, it must be [largely] on line. We only charge a commitment fee. Most courses at the university are offered online.

The value proposition, he says, is the quality of education. “It’s one thing to provide an education. But is it qualitative? The EBU has been named Europe’s best MBA university four years in a row. Ultimately, he says, the solution to ending disenfranchisement in education is to make education free.

“There is no free public higher education in Africa except in Algeria and Morocco. In 2050, our population will be 85 million. Where do we find the resources to build universities for our people? Will it be qualitative? We can only make our education accessible, affordable and equitable through technology. That may not be all, but technology is an enabler.

To that end, he says his university is developing a partnership model with local universities. As Dean, Dr. Mulli’s role is primarily quality control “following certain benchmarks” and the hiring and evaluation of professors and faculty instructors.

“We need to keep up to date and be aware of the changes that are happening in different spheres of life. We teach AI (artificial intelligence), data science, blockchain and python technology because technology is where the real change is.

On student recruitment, Dr Mulli says the university is working with, among other institutions, the office of the president and the Kenya National Chamber of Commerce, to distribute scholarships to applicants. “We do not recruit students directly. We work with partner organizations who recruit them on our behalf.

As president, he engages business partners around the world and the university’s board of trustees.

The lessons of his professional career? This passion and thirst for learning are priceless. “If you have a passion for learning, you will go far. Teaching is an extension of learning. You must also accept corrections and teachings. This is how you evolve into a better person.

For him, dedication to a cause is essential to pursue an academic career. “Academia is a social environment. You need to have interpersonal intelligence to be able to have impactful interactions. If I can change a life, I’m happy to go out of my way.