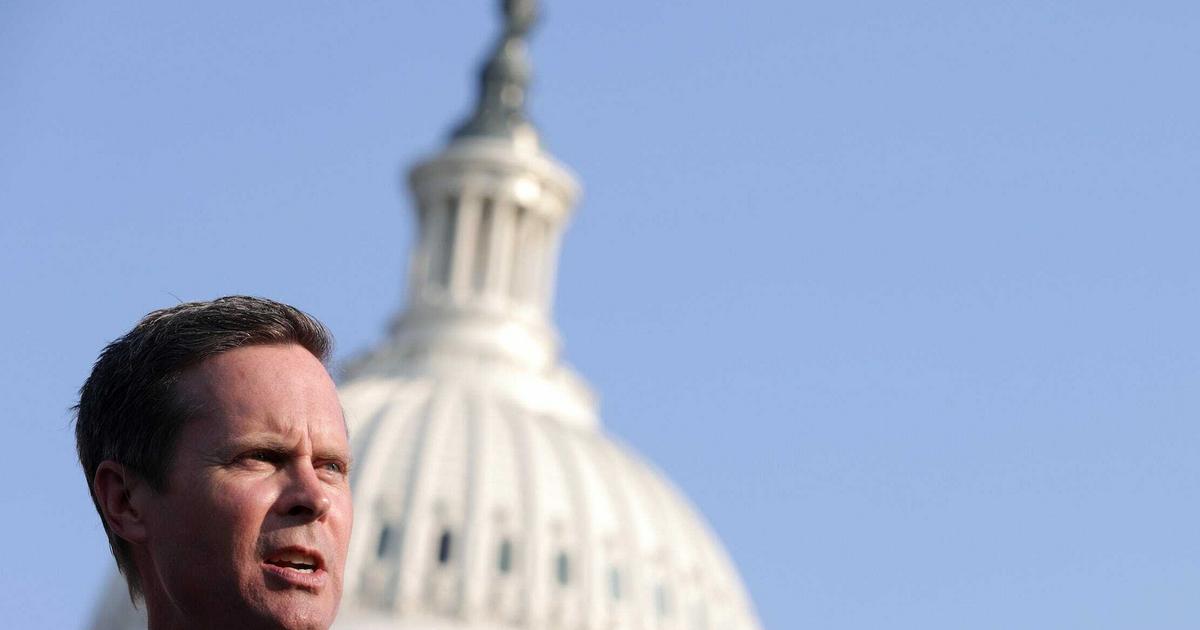 Republican Representative Rodney Davis does not trade stocks. But that doesn’t mean he’s ready to arrest other members of Congress who do.

Republican Representative Rodney Davis, who is poised to have a lot of influence over members of Congress’ personal finances, said he was loath to force his colleagues to stop trading stocks.

Davis, of Illinois, is the ranking Republican on the House Administration Committee, which will hold a congressional hearing on Thursday that will include discussions on whether Congress should ban lawmakers from buying and sell individual stocks.

“I don’t want to lock myself into setting what I think are my priorities,” Davis said when asked in a recent interview if he could support a stock trading ban.

However, he left plenty of room for where he would eventually land, describing himself as being in “discovery mode” on the matter and throwing out some ideas on how to improve the rules for stock trading.

One option would be to make members’ personal finance data much more publicly available, he said.

For Davis, it is this reporting requirement alone that is enough to induce the five-term congressman to voluntarily refrain from actively trading stocks. This way, he only has to report his finances annually, not weekly or monthly.

“Filling out financial statements is a pain if you have new investments on a regular basis,” Davis said. “This type of reporting deters a lot of members like me from wanting to participate.”

But it also means, Davis said, he might not have the full picture of the matter until he hears from colleagues who choose to actively trade stocks.

These are important reasons why there is new pressure to make changes to the law.

“Playground for the rich”?

I asked Davis what he thought of two House bills that would ban lawmakers from trading individual stocks and have them place existing holdings in a blind trust.

The blind trust agreement would require lawmakers to cede control of their personal investments to an independent trustee. As expected, members of Congress would not know what directors bought or sold on their behalf until weeks or months after the fact.

While at least 10 members of Congress have already established Congress-approved qualified blind trusts, it can be costly and time-consuming to formalize. The process would be a big undertaking, especially for a politician running for the first time for the US House, a position that must be re-elected every two years.

Davis said he wanted to dive into the specifics of what members would have to do to gain blind trust, including the price they would face.

“I don’t want the House of Representatives to become a playground only for the wealthy, because many of the talking points raised include costly provisions that could cost future members of Congress,” he said. .

If Davis decides to formally oppose a stock trading ban, it could put him at odds with the top Republican in the House.

Minority Leader Kevin McCarthy of California is set to become Speaker of the House if Republicans regain the House in November, and he reportedly wanted to make promises of STOCK Act reforms a big part of the platform of the GOP for the midterm elections.

Davis said he hasn’t spoken directly to McCarthy about it, adding, “That doesn’t mean we won’t be on the same page when this hearing happens, because we certainly will be.”

True bipartisanship? It is to be determined.

It’s unclear how bipartisan any effort to reform the STOCK Act will be.

Republicans and Democrats on the committee told me two versions of what happened before Thursday’s hearing was scheduled.

Republicans insisted on asking Democrats if they could ask members of Congress to talk about their experiences with stock trading and what it was like to report on their finances.

Democrats deny that Republicans ever asked.

Davis also told me that he was cut off from much of the courtroom preparation. House Speaker Nancy Pelosi has asked House Administration Committee Chair Zoe Lofgren to review STOCK Act compliance and consider tougher penalties for those who break the law .

Davis said he’s glad the hearing is taking place and hopes the two sides can work out solutions together.

He stressed that the achievements of the STOCK Act should not be underestimated. The public has better access to details about politicians’ financial dealings thanks to the requirements of the law, he said.

In the meantime, if members are faced with questions from the media or elsewhere about potential conflicts of interest in the trades they do, they should be prepared to answer them, he said.

Still, Davis considered some reforms, such as improving new member orientation so that congressional ethics and disclosure rules are clearer. He said he was particularly concerned about new members of Congress who seemed to have trouble following the rules.

Under the STOCK Act, members have 30 to 45 days after a stock trade to report when they, their financial advisor or their spouse have bought or sold stocks. They must also disclose the name of the stock and list, within broad ranges, the value of any stock trade.

If members do not report their transactions on time, they are supposed to face a fine. But my fellow Insiders and I have found that such fines are rarely enforced in the House. Davis said he thinks the committee should take a closer look at penalties, which are supposed to start at $200, regardless of a member’s delay in reporting trades or the value of their trades.

During our call, Davis touted his past record of transparency when it comes to US House finances. A few years ago, he was part of a task force that allowed the public to sort through Congressional office spending data.

But the public database for researching home occupations, although online, is not sortable or searchable. And a database to examine the financial transactions of top congressional staffers is not searchable, sortable, or even online, one must physically travel to the United States Capitol to access it.

I asked Davis if he had ever tried to use the existing clumsy system, and explained how difficult it had been for us reporters to weed out the data for our investigation of the “Congress in conflict”.

Davis looked surprised and said he hadn’t searched the database to see what it looked like.

“I’ll do it now that you’ve mentioned it,” he said.