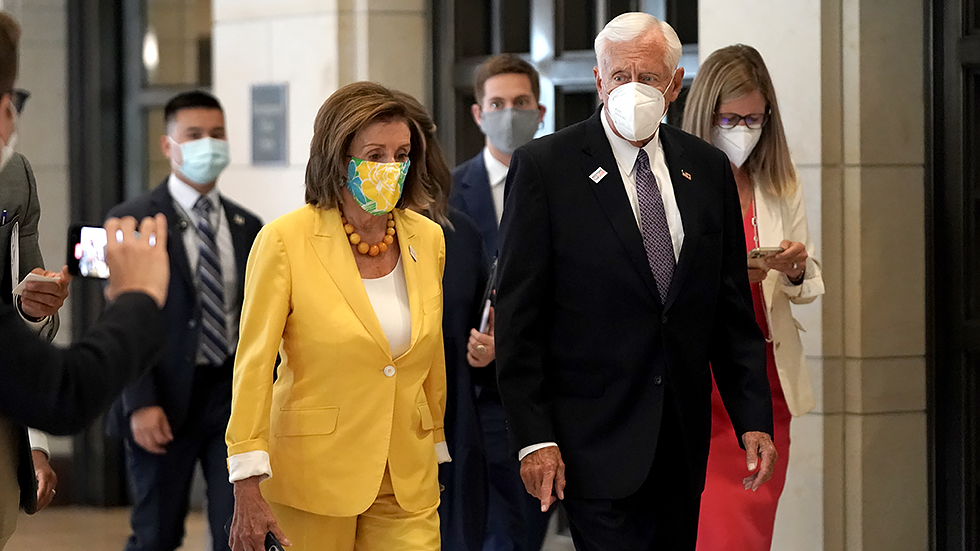 House Majority Leader Steny Hoyer (D-Md.) on Wednesday rejected the idea that members of Congress should not be allowed to own or trade stocks, arguing that lawmakers should have the same financial privileges than any other American.

The issue has come under intense scrutiny in recent months following revelations that dozens of lawmakers may have breached existing laws designed to eliminate conflicts of interest between lawmakers and the investments they make. — revelations that sparked a series of proposed legislative fixes from members of both parties. .

Hoyer stressed that he owns no shares himself and he welcomed the idea that various committees have signaled their intention to consider these proposals.

“But,” he added, “my general feeling is that members should be no different than they would otherwise be if they weren’t members of Congress.”

“As long as they do it legally, without having any particular advantage, my immediate reaction is that it shouldn’t be ruled out.”

“We are a free market economy,” Pelosi said at the time. “They should be able to participate in that.”
The comments raised many eyebrows on and off Capitol Hill, not least because Pelosi, who ranks among the wealthiest members of Congress, identifies millions of dollars in stocks as part of his annual financial disclosures. The list includes investments in big companies like Apple, Visa and Facebook, all of which have fierce lobbying operations designed to influence a host of legislation before Congress.

Pelosi’s office has repeatedly defended her position, saying these investments are owned by her husband and she has no control or knowledge of how they are managed.

Still, a growing number of lawmakers — including members of Pelosi’s House Democratic Caucus — are raising concerns that shareholding among members of Congress can create damaging public perceptions that lawmakers trade nonpublic information learned of their unique work on Capitol Hill, or that they’re drafting legislation with designs to improve their own financial well-being.

“Maintaining public trust is the number one thing we want to do when we think about this issue,” Rep. Pete Aguilar (D-Calif.), the No. 6 House Democrat, said Wednesday.

Reps. Abigail Spanberger (D-Va.) and Chip Roy (R-Texas) have joined forces on bipartisan legislation that would require members of Congress to divest individual stocks or transfer them to a blind trust, where they would have no control over the day-to-day management of the investments. Others, like Rep. Alexandria Ocasio-Cortez (DN.Y.), went even further, calling for an outright ban on lawmakers’ stock ownership.

“There is no reason for members of Congress to own and trade individual stocks when we are writing major policy and have access to sensitive information,” Ocasio-Cortez tweeted last month. She suggested that lawmakers have plenty of alternative investment tools, like savings plan index funds.
This is not the first time that Congress has considered the issue of Congressional stock trading. In 2012, the parties united to pass the Stop Trading on Congressional Knowledge Act, or STOCK Act, which seeks to prohibit lawmakers from trading in nonpublic information they receive in the course of their work.

That law “made it very clear,” Hoyer said Wednesday, “that any inside information the member receives cannot be used — and is a criminal offense if used — to trade stocks.”

Recent reports, however, have revealed that the law is not being aggressively enforced. Indeed, an ongoing Business Insider investigation found that 54 lawmakers and more than 180 top executives broke the law, usually without punishment.

Those reports have only fueled concerns about lawmakers’ optics of trade in the eyes of voters who, according to polls, already hold Congress in historic low regard. It’s an issue that seems to be on the minds of Democratic leaders as they weigh potential legislative remedies.

“We want to make sure people understand that we’re doing this for the right reason,” Aguilar said. “And so, to the extent that we need to make changes to the STOCK Act, or increase penalties or ensure better compliance with the STOCK Act, we will not hesitate to do so.”

House Minority Leader Kevin McCarthy (R-Calif.) also jumped into the debate, rushing to defend Pelosi from lawmakers’ trade and pitching the idea that if Republicans take control of the House after November’s midterm elections, he could pass a ban on lawmakers’ actions. trades.
This idea, however, was quickly dismissed by conservative members of his own House conference. And Democratic leaders joined in the criticism, making it clear Wednesday that they would not take any ethical advice from the Republican leader, citing his votes to overturn the results of the 2020 presidential election and his refusal to cooperate with the investigation into the Jan 6 Capitol attack.

“What we’re not going to do is be lectured on this issue by someone who pampered the twice impeached president,” Aguilar said. “But we will be open to legislative solutions if that ensures compliance.”

The Hill has removed its comments section, as there are many other forums for readers to join in the conversation. We invite you to join the discussion on Facebook and Twitter.

How to Trade Stocks and Invest (For Beginners)