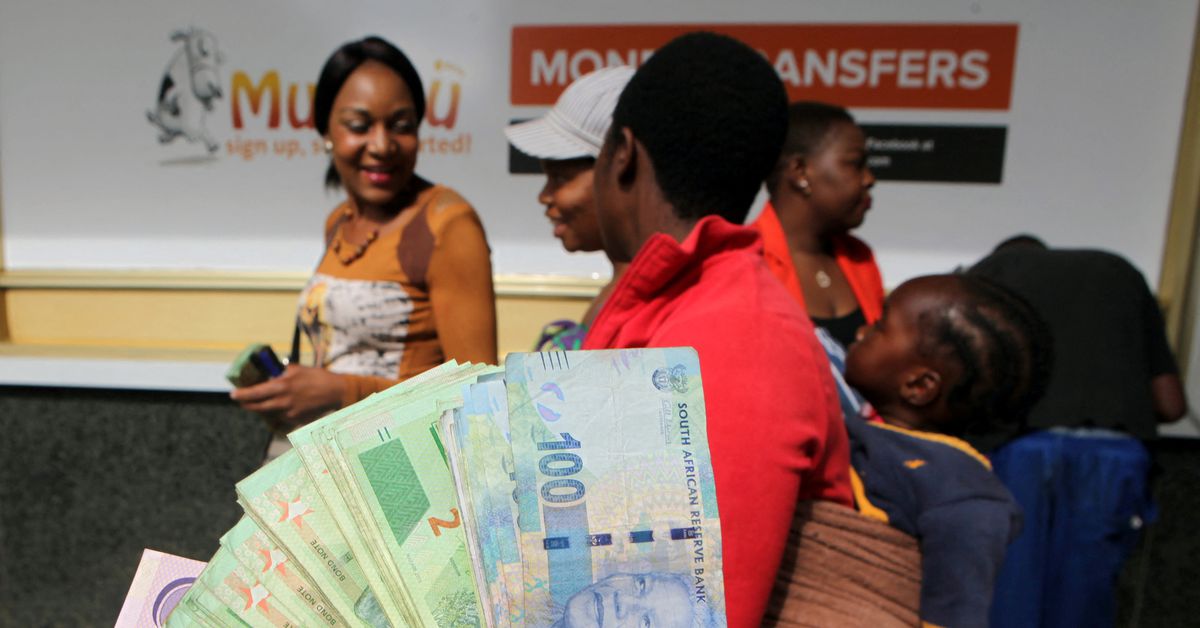 JOHANNESBURG, Jan 14 (Reuters) – The South African rand strengthened on Friday but lost some of its early gains as the dollar regained ground.

Investor sentiment and trade movements have been on a rollercoaster ride since the start of the year amid uncertainty about the extent and timing of likely US monetary tightening.

The dollar was on track to snap a three-day losing streak against a basket of currencies on Friday. Read more

“The South African rand has thrived against the US dollar since late November 2021, but that may be coming to an end with the Federal Reserve adding to its already hawkish narrative – favoring a ‘buy the dip’ approach,” Warren Venketas, analyst at DailyFX, said in a note.

He said the rand’s rally could end as the weak South African economic and political backdrop takes its toll.

But the indices were still up nearly 1.6% over the week, thanks to a strong midweek rise in technology stocks, commodities and banks.

The price of the benchmark 2030 government bond rose on Friday, with the yield falling 0.5 basis points to 9.365%.

Should members of Congress be allowed to trade stocks? Missouri senator says no