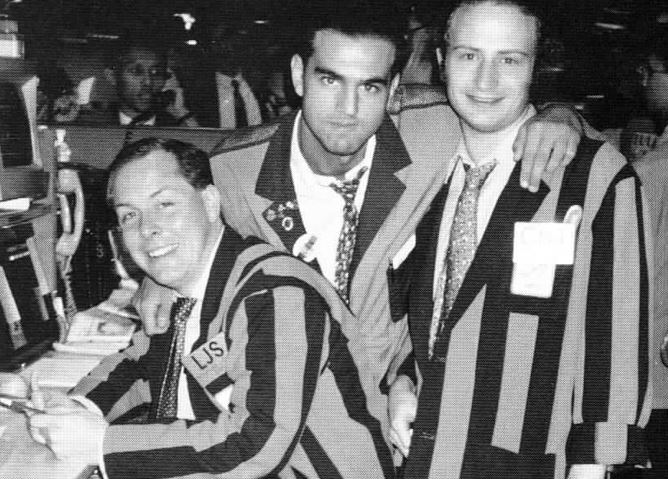 Nick Leeson is best known as the dishonest trader, known for bankrupting Barings Bank, the UK’s oldest investment bank. In 1992 Barings opened an office in Singapore and appointed Leeson to head front and back office operations. Leeson had been refused a broker’s license in the UK due to fraud on his application form, but this was not disclosed when he applied for his license in Singapore. From the start, Leeson engaged in occasional unauthorized speculative trading. He opened a fake customer account that was first used to hide a mistake made by one of his colleagues who accidentally sold futures contracts when asked to buy them.

Leeson had heard that the number eight was considered lucky in Asia, so he assigned the number 8888 to this account. Unfortunately, it turned out that it was not a lucky number for Nick. He would count the trading errors on this account and then wait for them to come back in his favor. If the market moved against it, it would just double hoping that the market would retrace half as much to allow it to break even.

By the end of its first year, error account losses exceeded Â£ 2million, rising to Â£ 23million the following year, then exploding to Â£ 208million by the end of 1994. In January 1995, the Kobe earthquake hit Japan early in the morning. sending Asian markets and Leeson’s trading positions into the red. He did what he usually did and bought more out of desperation, but the market continued to decline.

Eventually, Nick couldn’t take the stress of hiding the losses and booked a plane ticket to Germany. He left a post-it on his desk that said â€œI’m sorryâ€. Leeson was arrested when his plane landed in Frankfurt and after a failed rescue attempt Barings was declared insolvent. Leeson pleaded guilty to two counts of deceiving the bank’s auditors and deceiving the Singapore Stock Exchange, including forgery of documents. He was sentenced to six and a half years in prison in Singapore and was released in 1999.

He published an autobiography called Rogue Trader, which was later turned into a movie starring Ewan McGregor. When Leeson was hired, Barings’ management made him the managing director of the Singapore branch and chief trader while also being responsible for settling his own trades. These jobs are usually held by different people, which would have made it much more difficult for Leeson to hide his losses from the London management.

What is Nick doing now?

Nick Leeson currently lives in County Galway, Ireland with his wife and is a regular speaker. Despite losing nearly Â£ 1 billion, he is still an active trader and you can follow his trading live at bullandbearcap.com. According to commercial results published on its Twitter account, it looks like he is a profitable trader! Leeson has an estimated net worth of Â£ 2.3million in 2021.

How fear shapes market direction, how to trade stocks on Tuesday

How to trade stocks during profit season; Special care is needed