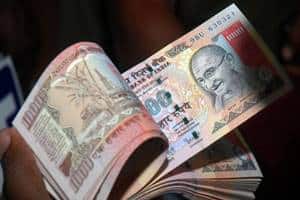 Be a stock trader and earn a crore! This became a reality when Chaitanya Jaiswal of Indore won a prize of Rs 1 crore from the highly publicized Indian Trading League.

Jaiswal, who was voted India’s top trader, was also named fund manager of a $1 million ITL fund, according to a press release from SAMCO Ventures, which launched ITL. Day trader Jaiswal generated 3176% ROI in 10 months. ITL started on May 19, 2015.

Other ITL winners include Jyoti Kushwah, who won India’s Best Female Trader award and the first runner-up in the ITL Traders League by generating returns of 2266%. She received 100 grams of gold and a Rs10 Lakh cash prize. Mohammed Pulath generated 427% returns, winning the title of India’s top commodity trader and the prize of Rs 10 lakh.

SAMCO’s discount brokerage model charges a flat fee of Rs 20 per trade regardless of order size, saving over 90% on brokerage fees. This fixed fee structure applies to trading all asset classes – stocks, derivatives, commodities and even currencies.

The company, which has been carved out over the past year, has already caught the eye of investors with cricketer Kapil Dev, London-based Bay Capital founder Siddharth Mehta and others investing $3 million. as Series A investors. Additionally, the company is already in initial talks for Series B funding.