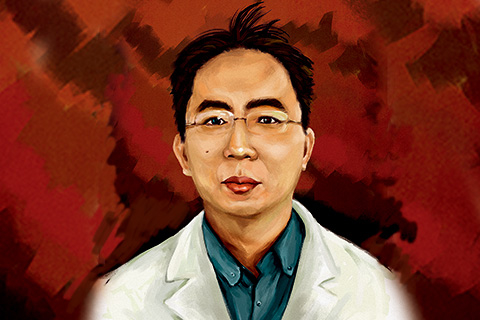 In Depth: How a Detained Securities Trader Played With Fire

(Beijing) – A fund manager known as Carl Icahn in China for profiting generously from volatility in the country’s stock markets has become the latest target of a government crackdown on illegal trading linked to the market crash. of last summer.

In September, Zexi said it served retail clients through seven funds with 20 billion yuan under management. The company’s website shows that two of the funds have seen their value increase 30 times from the original investment from 2010 to October. The company does not specify what percentage of its assets under management is on the stock exchange.

Xu’s detention plot escalated on November 10 when it was reported that public security officials and the Shanghai Stock Exchange had imposed a two-year trading suspension on shares held by parties related to Xu. in four companies.

The asset freeze that began on Sept. 9 includes Wenfeng Great World Chain Development Corp., a consumer electronics retailer in which Xu’s mother, Zhen Suzhen, owns 14.9% of the company’s shares, and Daheng Science. and Technology, an optical component manufacturer in which it has a 29.8% equity stake. The other two companies involved are consumer goods retailer Ningbo Zhongbai Co. and property developer Deluxe Family.

In another twist on the Xu case, Xinhua said police detained an unknown number of Zexi employees. No other details were available.

Xu’s detention shocked many investors who had long respected him as a legendary gambler with a knack for successfully timing investment moves based on volatile stock market swings. He claims to have started trading on the Shanghai Stock Exchange in 1993, when he was just 17 years old. He launched Zexi in 2009 and, according to the company’s website, each of his funds had recorded annual returns of 160-323% as of October.

Skeptics have long wondered if anything more than business skill and luck played a role in its success. This skepticism sparked frequent rumors that sometimes forced Zexi officials to deny that Xu had broken the law.

Weeks before Xu’s detention, and just after the stock market crash sparked a government investigation into business irregularities, a statement from Zexi echoed a similar tone. A brief statement on its website said “neither the company nor any of the company’s personnel have been investigated.”

A native of eastern China’s Zhejiang province, Xu began his investment career while in high school by borrowing 30,000 yuan from his parents, he told Caixin in a interview in 2012. It was a good time to get in the game, because the market index increased by 378% between 1992 and 1994.

“I studied the stock market by reading books and attending lectures, and studying foreign investment techniques,” Xu said. His trading style became more aggressive in the late 1990s. Soon he was rich

In 2005, Xu moved to Shanghai from his hometown of Ningbo. Four years later, he launched Zexi as a fund management company and focused on secondary market investing in China.

Xu then transferred some of Zexi’s asset management responsibilities to a new branch in Beijing. He also began to spend most of his time in the capital.

Zexi also performed very well during the stock market crash, which saw the Shanghai index plunge more than 30% from mid-June to August. Licai.com said that in the first nine months of the year, Zexi’s investments returned an average of 218% – far more than the second most profitable player, Shen Zhou Mu Fund, which returned a return of 94%.

Throughout her distinguished career, however, Xu has protected her privacy. He largely shunned the public spotlight and apparently avoided investor conferences and similar public events. He gave an interview to China Securities Journal in 2011 and to Caixin in 2012. Otherwise, his name rarely appeared in the media.

Nevertheless, Xu is well known to equity investors and other fund managers. A stockbroker who spoke to Caixin called him a “born trader” with special investment instincts and a great ability to predict future stock market sentiments.

A former employee of Xu named Ye Zhan, who now works as an assistant to the chairman of Zhongtai Asset Management Co., in the eastern city of Jinan, described Xu as a hard-working market player who has no interests outside from his work.

Zexi’s first successful product was the company’s No. 1 fund launched with 1 billion yuan in March 2010. A source close to the fund said most of the fund’s seed money came from Xu.

At the end of this year, No. 1 Zexi posted an annual return of 71.3% even though the CSI 300 index, which tracks the share prices of 300 companies listed on the Shanghai and Shenzhen stock exchanges, lost 12.5% ​​over the same 10 month period. period.

The company quickly added more funds. And by the end of 2012, it was managing more than 10 billion yuan, making Zexi the second-largest asset manager exclusively for private clients in the country, after No. 1 Shanghai Chongyang Investment Co. Within five years, the assets under Zexi’s management had nearly doubled.

Zexi stunned the market by investing in falling stocks at the right time. In late 2011, for example, Zexi bought 30 million shares in a brewery called Chongqing Brewery after its Shanghai stock price plummeted. Investors had sold the stock after the company failed to invest in the hepatitis B vaccine research project. Zexi’s timing was perfect, as the stock rebounded a month later.

“Any sudden crash in a stock’s price will be followed by a rebound,” said a fund manager who requested anonymity. “Xu discovered the precise law” that governs such bounces, the person said.

In the China Securities Journal interview, Xu said Zexi’s 30-member investment research department plays a crucial role in stock decisions. “They cover a lot of industries,” he said. “Our investment decisions are based primarily on their research.”

These decisions have always been well-kept secrets, Ye said. And even the researchers didn’t know how superiors reacted to their recommendations until they saw the personal evaluations of job performance at the end of each year.

Those researchers, according to sources close to the company, include poached asset managers from public fund firms and former financial journalists.

Zexi attracted a lot of attention during the summer market turmoil by reporting strong earnings even as most of its peers suffered huge losses. Between mid-June, when the crisis began, and mid-August, 70% of private funds in the country reported losing money on equity investments. But all five Zexi have reported gains – some as high as 47%.

Zexi’s outstanding performance has drawn both admiration and skepticism, prompting the company to issue a statement dismissing rumors of an investigation. Xu went a step further in September during an interview with Xinhua-affiliated Economic Information Daily, saying he had started selling stocks after realizing in May that the overall market was in trouble.

According to company filings with the Shanghai and Shenzhen stock exchanges, Zexi had by June 30 sold all of its shares in Shanghai Meters Bonwe Fashion & Accessories Co., China Eastern Airlines, financial data provider Eastern Gold Jade and other companies.

Each of these companies then received a capital injection from the China Securities Finance Corp. and Central Huijin Investment Ltd., backed by the government, as part of an official effort to support the stock market slide.

Authorities have yet to release details of their investigation into Xu and other Zexi employees. Xu’s offices in Beijing and Shanghai have been sealed. And while Zexi’s website was still accessible in early November, it was unclear if the company was still doing business.

Investors with ties to Zexi are therefore concerned about what happens next. Detaining Xu “in theory will not affect Zexi’s products,” said a private fund manager, “but many clients have been attracted by Xu’s fame, so they may want their money back.”

A source close to the China Securities Regulatory Commission (CSRC), which oversees the stock market and is cooperating with public security officials in the investigation, said companies whose staff violate market rules stock market are usually fined. Investors can also be affected if a company struggles to pay a fine.

But a source close to the CSRC said the regulator only targets a company for specific products related to violations such as insider trading or price manipulation, then imposes fines based on profits made as a result. of these violations.

Still, private investors whose fortunes grew alongside Xu and Zexi probably have good reason to be nervous, based on comments from Zhang Zixue, head of a CSRC committee that imposes sanctions. In a recent article published in the journal Tsinghua Financial Review, Zhang said the CSRC’s rules lacked clear guidelines for imposing fines on investors whose asset manager violated the rules.

You have accessed an article accessible only to subscribers