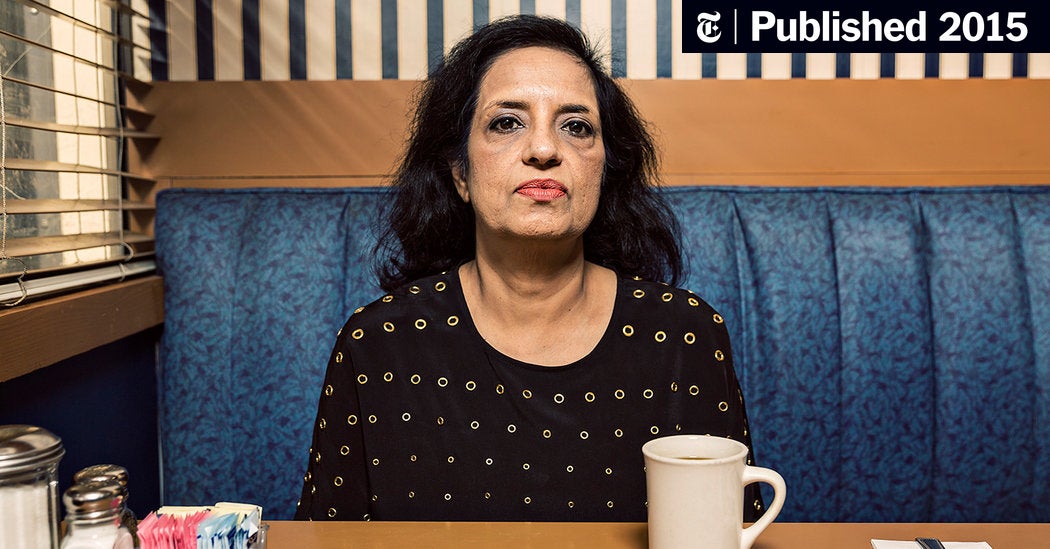 Can a convicted stock trader start a new life?

In 1999, after nearly a year working for Rajaratnam, Khan left Galleon, wanting to start trading his own money in the internet stock boom. After a month of solo trading, she was visited by FBI agents, who confronted her with evidence of her indiscretions at Intel. In 2001, she pleaded guilty to wire fraud and for the next four years, chastised for her crime, she says she played by the rules and avoided Rajaratnam.

Rajaratnam’s call came at a time when Khan needed money; a few years after the Internet crashed in 2001, she had lost $49.6 million, according to her lawyer. The Khans paid cash for the Atherton House, but after the collapse took out a $5 million mortgage on it. To pay for it, Khan needed to generate $42,000 a month. But it wasn’t just a sense of financial need that brought her back to Rajaratnam; Khan’s thinking about his previous run-in with the law was starting to change. “It’s almost like you’re a drug addict, you’re in rehab, and you’re sober,” she says. “And then you’re constantly at a party every day where people are doing cocaine. How long can you stay clean? She was struck by the ubiquity of insider trading on Wall Street and the extent to which skilled traders bent the rules and took calculated risks in defiance of the law.

At Intel, she had broken the rules by providing inside information to someone else; now she was ready to use it to earn money for herself. Khan began tapping into his extensive network, relying on friends, associates and even a cousin to find new sources of information. She has made inroads into Silicon Valley’s close-knit South Asian community, mixing business and pleasure to her advantage. She invited Sunil Bhalla, a Polycom executive who was dating one of her close friends, to her house for a holiday dinner in December 2005; a few weeks later, she asked what her company’s neighborhood was like. She played the aunt of a young woman from Bangladesh who worked for an investor relations firm. Soon, the woman was feeding her information to Google, one of the company’s clients, and demanding money in return (Khan never paid her). Because Khan had traded on her own, she was often not invited to one-on-one meetings with corporate executives like other fund managers. “That’s how you collect all your nuggets in a legal way,” she said. She would talk to a young investment analyst she knew in New York named Tom Hardin. “Tom was my buddy,” she told me. “We used to trade information all the time.”

Once in a while, when Khan took a juicy morsel from Bhalla or her young friend from Investor Relations, she would call Rajaratnam and pass it on. In 2005, she landed a job at a hedge fund, Trivium, and loved that Rajaratnam shared information with her that she could pass on to her new bosses. She also hoped that by having fun with Rajaratnam, he could hire her again.

On November 28, 2007, Khan was working in her home office in Atherton when she heard a knock on the door. There were two people standing outside, a man and a woman. She didn’t recognize either of them. But “the moment they showed me their badges, my heart sank,” she said.

Khan had been obsessed with covering his tracks, registering cellphones under false names and paying a source through an intermediary. But she was botched once. Two years earlier, she was getting insider tips on Polycom revenue from Bhalla. Distracted by the lawsuit with Deutsche Bank and arguing with her housekeeper, she called Bhalla on her cell phone and home phone. Federal authorities obtained these phone records and discovered that the conversations between Khan and Bhalla followed an incriminating instant message Khan had sent to Rajaratnam: “do not buy plcm until you receive advice”. When investigators showed Khan they had the instant message exchange, she knew she would have to be honest. “With Polycom, I felt like I couldn’t really lie, because they had the phone communications.” (When the SEC later sued Bhalla, he denied tipping Khan and reached a settlement.)