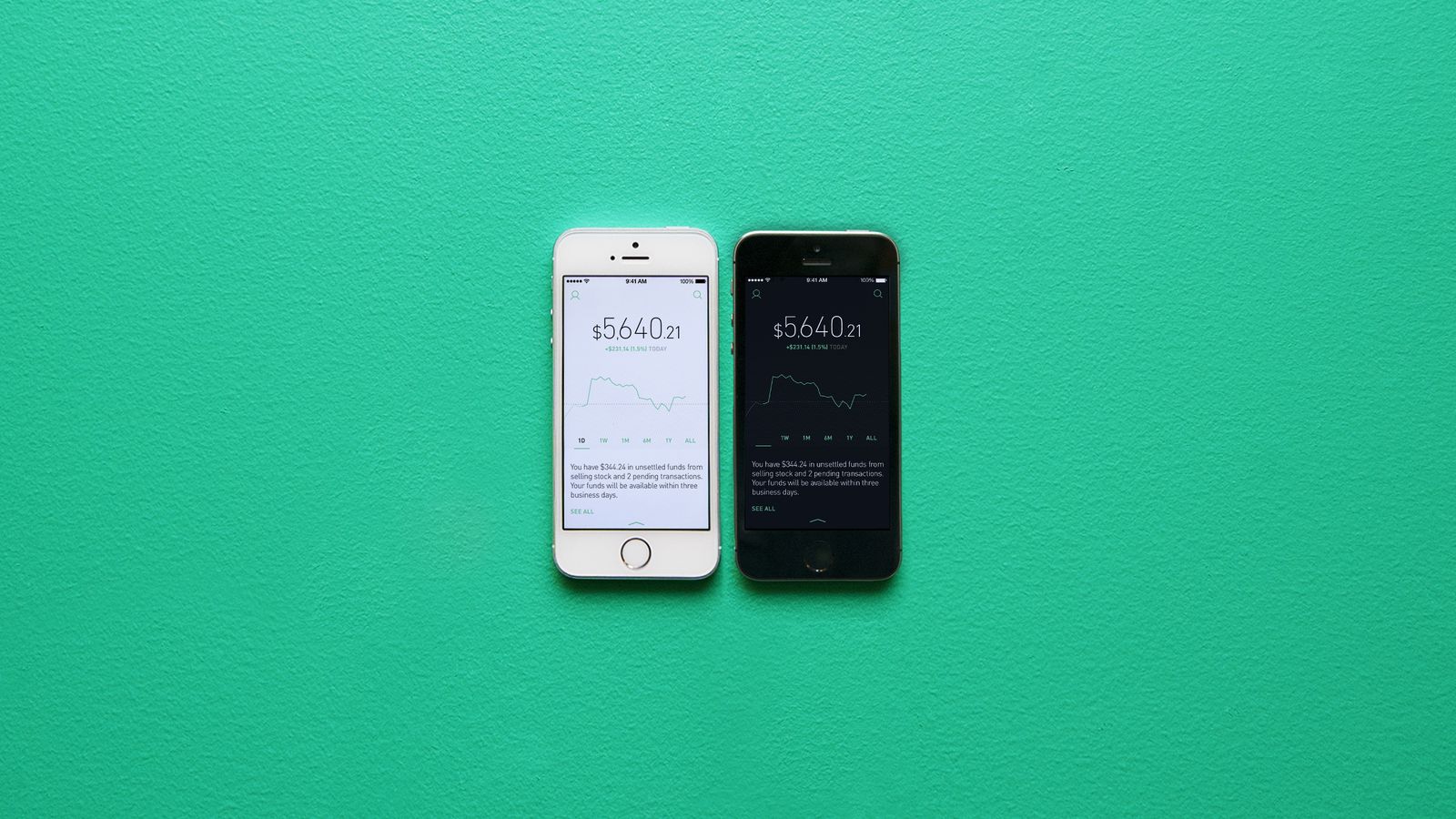 Robinhood lets you trade stocks for free on your iPhone

Last year, a mobile brokerage firm called Robinhood opened up to a small number of beta testers. At a time when most brokerages charge $7-10 for stock trades, Robinhood offered these trades for free. Its sleek iPhone mobile app was designed to appeal to a younger generation of investors, who would never pick up the phone to call a broker, but would happily buy stocks if it could be done with a few clicks.

The pitch proved irresistible to the half-million people who signed up to Robinhood’s waitlist, and the company raised $16 million from investors including Index Ventures, Google Ventures, and Andreessen Horowitz. . Today, Robinhood officially opens – the company is opening access to everyone who signs up over the next two weeks.

Buy and sell stocks for free, with just a few clicks

I’m not a stock trader, but there’s a lot to like about Robinhood’s app. An extremely simple interface allows you to buy and sell stocks with a minimum of clicks and at no cost. Sleek charts show you a stock’s performance over time; in a nice touch; the color of the sparkline changes from red to green when the markets are open. The app’s home screen shows you the performance of your entire portfolio.

Now anyone can actively manage their own stock portfolio, but you should is another story. Most studies of investor performance suggest that the average person is much better positioned to invest in index funds, which tend to track overall market performance, than in individual stocks. Most people can’t time their trades enough to take advantage of a stock’s ups and downs; an oft-cited academic paper on the subject is titled “Trading Can Be Dangerous to Your Wealth.” (His study of 66,465 households found that large traders earned an annual return of 11.4%, compared to market returns of 17.9%.)

An Android version is coming

The founders of Robinhood say that one of the reasons investors tend to underperform the market is that they pay hefty fees to brokers, which Robinhood largely eliminates. Instead, the company charges for the ability to buy stocks on “margin” or on credit, and also makes money by earning interest on users’ cash balances. It also plans to offer high-end consulting services.

The lack of transaction fees may entice you to make a lot of trades, but the founders of Robinhood say they don’t encourage any particular strategy. “We do not promote an active or passive investment strategy in any way,” says Baiju Bhatt, co-founder of Robinhood. “I think the ideal strategy is to do a bit of both.” Bhatt suggests investors consider putting 70% of their money in diversified securities like index funds and actively managing the rest.

Actively managing a stock portfolio comes with some risk, but millions of Americans are already doing it. And most existing mobile software on the market falls somewhere between ugly and unusable. An Android version of Robinhood is coming in the first half of next year, and the company is also working on an API that would bring its trading functionality to other apps. In the meantime, if you already do stock trading on your iPhone, Robinhood is well worth a look. And if you’re not, it might get you hooked.

Robinhood can be downloaded here.

Update, December 12: This article has been updated to reflect that Robinhood has raised a total of $16 million from investors including Index Ventures.

3 Reasons Why You Should Never Trade Stocks