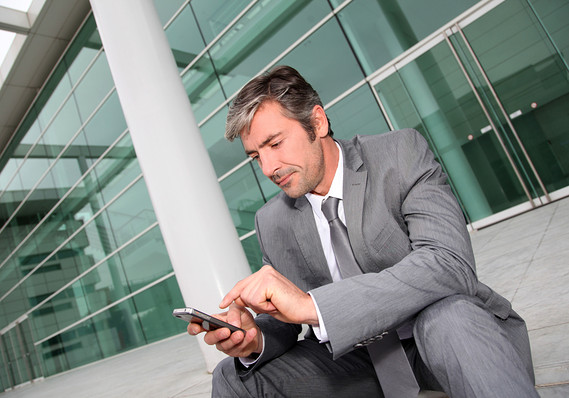 Should you trade stocks on your iPhone?

More and more investors are selling stocks the same way they take selfies: with their smartphones. But just because you can trade AAPL stock on your iPhone doesn’t mean you should, experts say.

Customers have long used their smartphones to check stock quotes in real time. But over the past year, the biggest brokerages said they saw a significant increase in actual trading.

Fidelity Investments, which has nearly 15 million retail brokerage client accounts, reports that in 2013 mobile commerce, including commerce from tablets, grew 63% over the previous year. Fidelity’s financial apps have been downloaded 3.6 million times, according to the firm.

E*Trade Financial Corp. United States: ETFC
says the share of its 3 million customers using mobile trading grew from 6.5% in 2012 to 8.4% in 2013, and will likely cross the 10% mark in the near future. The online broker claims that 80% of these transactions come from a smartphone. And between 2010 and 2013, mobile and tablet trading grew by 713% at Scottrade Inc., which works with 2.4 million clients. In January and February, the online broker saw its transactions more than double compared to the same two months of the previous year.

What is driving the growth of mobile trading? This is partly due to technological improvements that have erased most of the difference in speed and reliability between trading from a phone and trading from a PC. The rise of tablets, which free mobile marketers from having to squint at their phone screens all day, has undoubtedly helped as well.

Additionally, according to the companies, many of the investors belong to Generation X and Generation Y, populations that are both comfortable with technology and eager to control their accounts in real time. “Since the crash, they want more control over their accounts, and mobile makes that easier,” said John Matos, senior vice president of product management for E*Trade.

Usage patterns suggest that many of these transactions come from the type of active traders who might otherwise buy and sell from their computers all day. “We are seeing consistent trading activity throughout the day,” said Velia Carboni, senior vice president of mobile applications at Fidelity. But “if you see a big change in the market, we see a big increase in telephone trading.” Investors who use Fidelity’s app do so on a fairly regular basis, transacting 5-10 times per month. E*Trade, meanwhile, reports that users are gearing up during pre-market hours to trade from their phones later in the day.

“I may not be looking at the market, but if I’m in the car and I realize the market is up 300 points, I can stop and jump on my phone and sell something if I want to” , said Sunil Katwala, a Fidelity. client from Long Island, who says he trades on his phone several times a month.

Larger and more diversified brokerages like Merrill Edge of Bank of America Corp., Wells Fargo & Co. and Charles Schwab Corp. also say they see increased investor demand for mobile trading options. “They can really do everything they need to do in their day-to-day life and have full access to their financial information,” said Paul Vienick of Merrill Edge.

The Bank of America unit has noticed an extreme increase in phone usage over the past two years, with mobile transaction volume in 2013 up nearly 200% year-over-year. “10-20% of transactions could go through the mobile app,” Vienick said. “Two or three years ago it was more in the 2% to 7% range.”

The possible dangers of mobile trading

Are smartphone marketers more likely to make mistakes or make rash decisions? “There’s a chance the transmission won’t go through, or you could end up trading the wrong stock,” said Drexel Hamilton analyst David Hilder, who says he doesn’t trade individual stocks. “If you start planning your life assuming you can trade whenever you want, but it turns out you can’t trade because of a weak signal, it could cause problems with your trading strategy. investment.”

Previous studies have suggested that retail investors who trade more frequently tend to perform worse than those who pursue more of a buy-and-hold strategy. In this sense, mobile trading might make it too easy for some investors to over-trade. See: How individual investors destroy their wealth.

But fans of mobile trading say these are issues that mobile technology itself is not responsible for. “Chances are if you’re going to screw up, you’re also going to screw up a PC,” says Katwala.

Placing a transaction on your phone generally involves the same process as entering an online transaction on a computer. Most online brokers claim that there is no real lag for trading over the phone, as long as the wireless connection is working properly.

For most mainstream trading apps, users need to log in every time they make a trade or want to check their balance: there’s no getting around this security feature, experts say.

Inside a broker’s mobile trades

Most brokers refuse to share many details about their mobile traders’ habits, but TD Ameritrade offers a little more detail. The brokerage firm says it now sees up to 13.4% of all transactions made over the phone, or 67,000 transactions per day, with an estimated value of over $1 billion per day.

5 was to get the long-term unemployed back to work